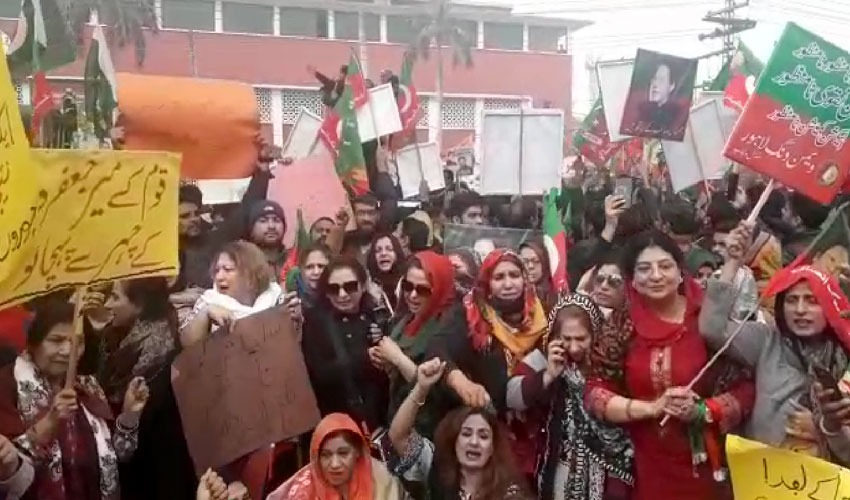 PTI leaders addressed the protests saying they had not recognized Mohsin Naqvi as chief care minister. He was brought in for PTI countermeasures. PTI leaders Azam Swati, Mian Aslam Iqbal, Dr. Yasmin Rashid and others also participated in the protests.

The PTI protest was attended by many women. which still calls for the removal of Mohsin Naqvi.

because of the protests of Tehreek-e-Insaaf There is heavy traffic on Mall Road and adjacent roads.